In this chapter, the Lord has sent Samuel to find Saul’s successor among the sons of Jesse in Bethlehem.

The above bolded quote is the Lord’s response when Samuel looks upon the first son, Eliab, and – based solely on appearance – decides this is the son God wants him to anoint as the new King of Israel.

Rather it turns out to be David – the youngest and seemingly the least qualified – that God chooses.

God often chooses the modest to make his works manifest; that person we would least expect is the one God wants so that his power and glory are our focus, not the charisma and magnetism of the vessel he uses.

This is indeed a very different way of seeing than we are conditioned to look upon people. We are likely to overlook that person who isn’t as “well-packaged” in favor of the person who – based solely on appearance – seems to “have it all.”

I use the term “well-packaged” because it is a term one of my bosses once used with me to explain why another woman with whom I worked was considered more “worthy” of promotion than I.

It certainly wasn’t work product that separated us; I out-worked her many times over and did receive accolades for what I did – just not promotion and pay raise at the same level.

But she “presented” herself in a more sophisticated way and played the corporate game far better than I.  My boss was more than happy to have me as his work-horse, but made very clear to me I was not the show pony.

This stung, as my looks had always been a source of discomfit to me.  Convinced by my peers that I was a fat and ugly child, I always longed to be told I was pretty.

I vividly remember bringing home a note from my second-grade teacher in which she had written to my mother I was a “lovely” child.

At seven, I took the word “lovely” quite literally and drug a chair over to the mirror hanging above the old Motorola radio to marvel at my reflection and that someone had said it was lovely. ( In hindsight, I realize she could have been talking about my personage, not my visage. But even at a young age, I had already been indoctrinated in the belief that a woman’s looks are everything.)

This was reinforced as I grew up and slimmed down and became more fashionable.  The first man I ever deeply loved taught me this lesson in a harsh way.  For every five pounds I lost while we were together, he would always say “Now you would be perfect if you just lost five more.”

I “five-mored” myself from 135 pounds to 105 pounds by becoming both bulimic and anorexic.  Only 20 years old, eventually I was even suicidal when he informed me the entire time we dated during our Naval service, he was engaged to another woman on the other side of the continent.

I don’t think five more pounds would have made a difference – for him, I was never going to be “perfect” after all.

At nearly 65 and surrounded by women of faith, you would think I would have out-grown my need to feel physically beautiful among them. Sadly, for me and many of them, this is still not the case.

Some among us still obsess about our hair, skin, weight and dress.  It is those comfortable in their own skin I now most admire and wish I could be more like.

Yet that little girl in the mirror who wanted to be “lovely” still stares back at me as I get ready for Mass each week.

Yet in my immodesty, still I try.

Photo by Anna Baker on Pexels.com 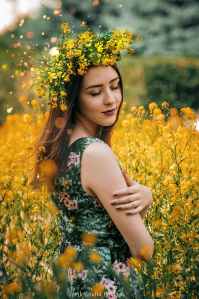 Photo by Alex Tim on Pexels.com 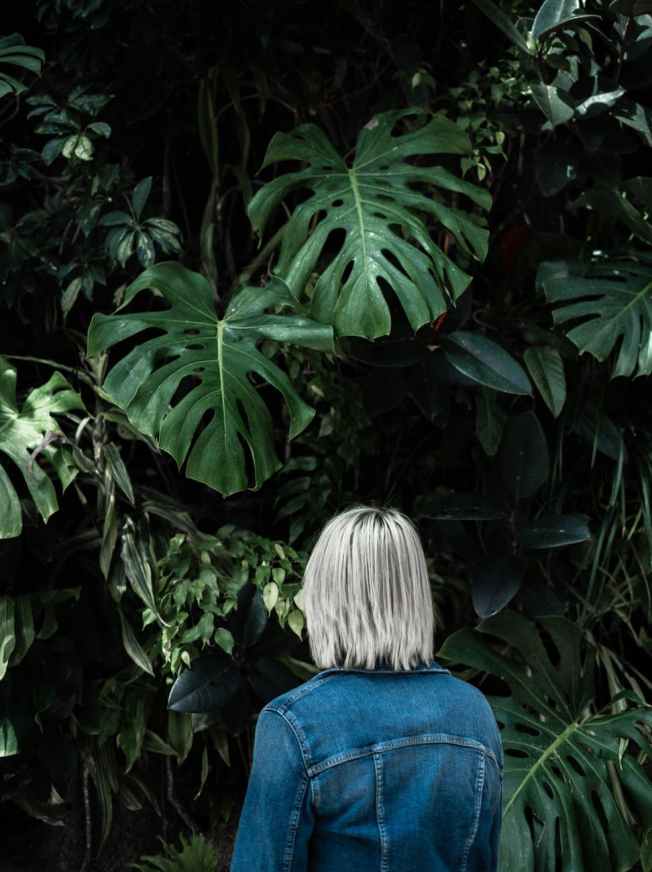 A former newspaper reporter who has won awards for her journalism coverage and poetry, Ms. Johnson is a senior of the metro Atlanta area. She is the author of “Poems for Catholics and other Christians," available on Amazon Kindle. She is currently at work on her second book of poems and a memoir. Follow her on Twitter @CheryleJ0806 . View all posts by Cheryle Johnson